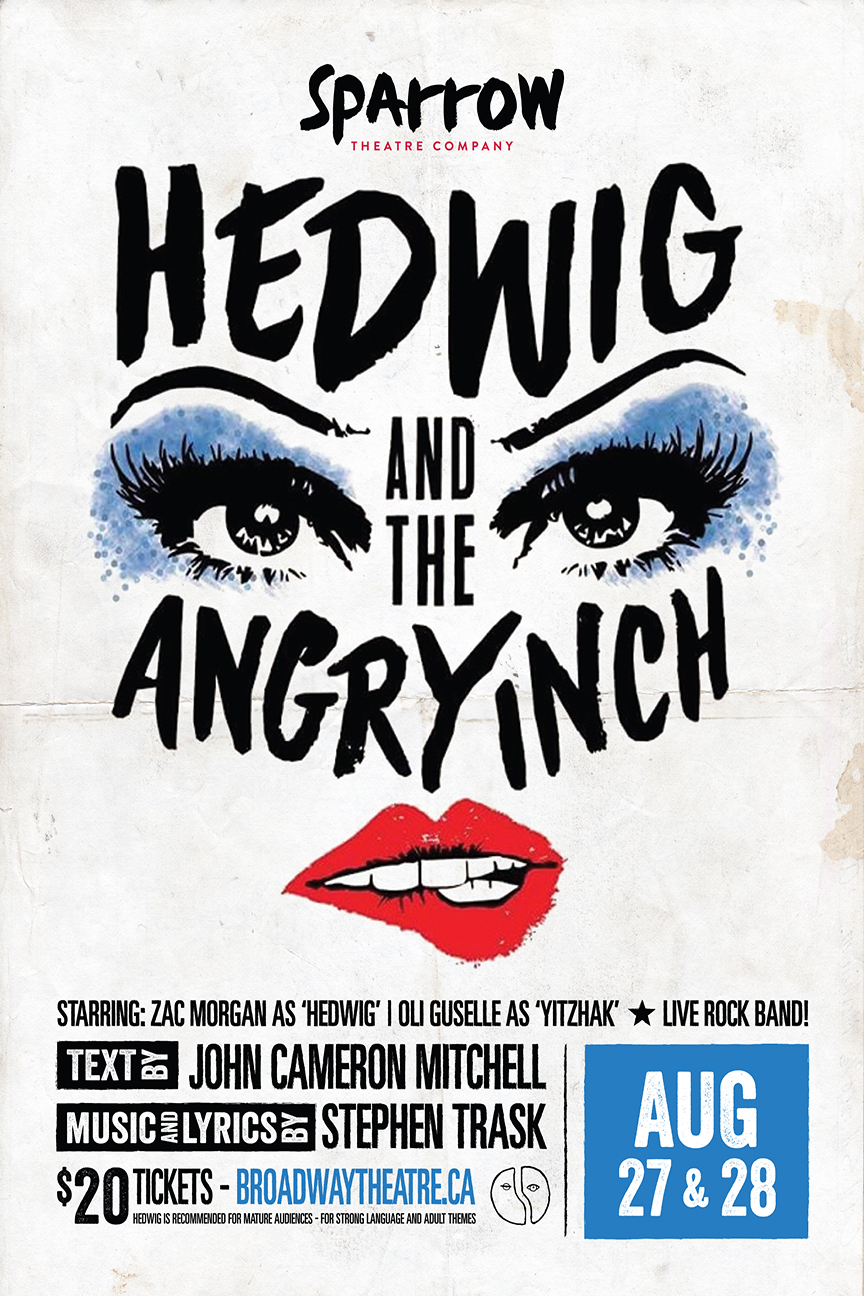 Hedwig and the Angry Inch

Hedwig and the Angry Inch tells the story of “internationally ignored song stylist” Hedwig Schmidt, a fourth-wall smashing East German rock ‘n’ roll goddess who also happens to be the victim of a botched sex-change operation, which has left her with just “an angry inch.” This outrageous and unexpectedly hilarious story is dazzlingly performed by Hedwig (nee Hansel) in the form of a rock gig/stand-up comedy routine backed by the hard-rocking band “The Angry Inch.”

Using songs and monologues, Hedwig tells her story which begins in former East Berlin where as Hansel, he meets Luther, an American GI who promises to take the young man to the States on the condition that he switch his sex. After the bungled operation, Luther abandons newly named Hedwig in a Kansas trailer park where she turns to music and meets geeky Tommy Speck, whom she takes under her wing and soon falls for. Tommy steals her songs, achieves rock star fame, and Hedwig is once again cast aside. She decides to demand redress and stalks Tommy's world tour, performing at The Broadway Theatre which is situated “across the river” from his concert.

Hedwig describes her life's search for “The Origin of Love” and her other half. It's a rocking ride, funny, touching and ultimately inspiring to anyone who has felt life gave them an inch when they deserved a mile. With music steeped in the 1970s glam rock style of David Bowie, John Lennon and early punk performers like Lou Reed and Iggy Pop, it's a musical event not to be missed.

Sparrow Theatre Co. Disclaimer: Hedwig and the Angry Inch may be inappropriate for children 12 and under. Hedwig is recommended for mature audiences — for strong language and adult themes. Children under the age of 4 will not be permitted in the theatre.

Hedwig and the Angry Inch is approximately 100 minutes long, with no intermission.

The auditorium doors will open a half hour prior to showtime.