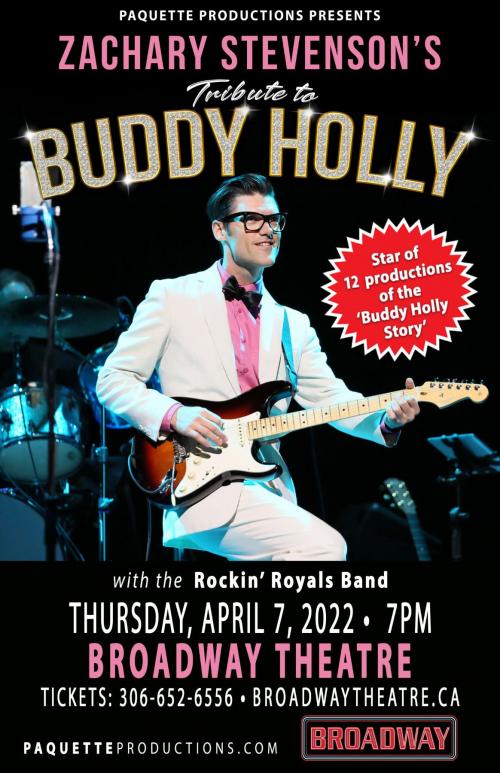 One of the first Rock 'n' Roll Hall of Fame inductees, Buddy Holly, wrote and performed countless hit songs during the mid-1950s such as: That’ll Be The Day, Peggy Sue, Maybe Baby, Oh Boy, and many more. Despite a career that spanned only 9 years, Buddy Holly's music has been a major influence on later popular music artists, including Bob Dylan, the Beatles, Rolling Stones, Eric Clapton, and Elton John.

As an accomplished actor and musician, Zachary has played the starring role as Buddy Holly in over twelve different theatrical productions of the "Buddy Holly Story" across North America. With his own unique performing style, humour and an impressive repertoire of knowledge about Buddy, Zachary will leave you captivated and entertained throughout the entire performance. This show will be backed by the Rockin' Royals Band.