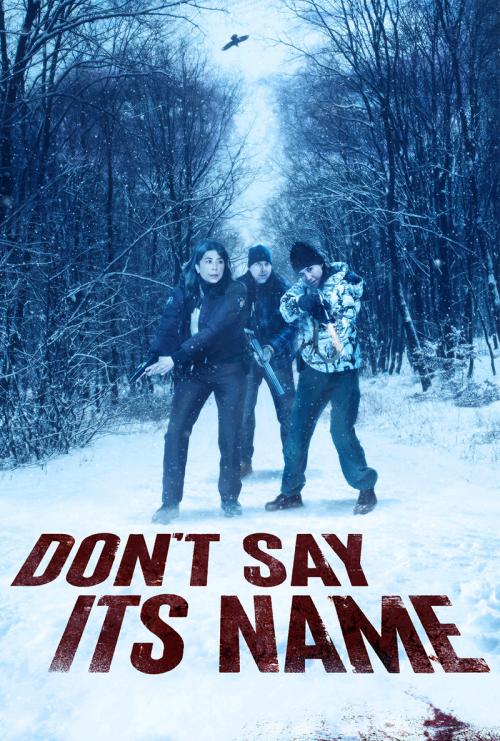 An in-person Q&A with Saskatchewan filmmaker Rueben Martell will take place after the movie.

It’s a dark winter night when activist Kharis Redwater (Sheena Kaine) is killed while walking home in her northern Alberta community. There are no suspects in the hit and run, but it does seem to benefit WEC. The company wants to strip mine in the Indigenous community, which Kharis was actively protesting against. Her death doesn’t stop the activism; in fact, it seems to have awakened something else. A black bird circling overhead and the smell of death foretell attacks on people that intend to harm the land. Local peace officer Mary Stonechild (Madison Walsh) and Park Ranger Stacey Cole (Sera-Lys McArthur) believe the answer to the violence lies in the traditions of their people and the vengeance-filled spirits that have protected the land for eternity. While what precisely that is, how to stop it, or if they even should stop it, remains unanswered, one fact holds true—don’t say its name.

Directed by Indigenous filmmaker Rueben Martell and rooted in traditional stories, DON’T SAY ITS NAME draws on real-life conflicts over land rights and examines the balance between land stewardship and economic diversity. But the movie is more than an activist film, it’s a compelling supernatural horror movie featuring strong female characters finding their way in a cold world.