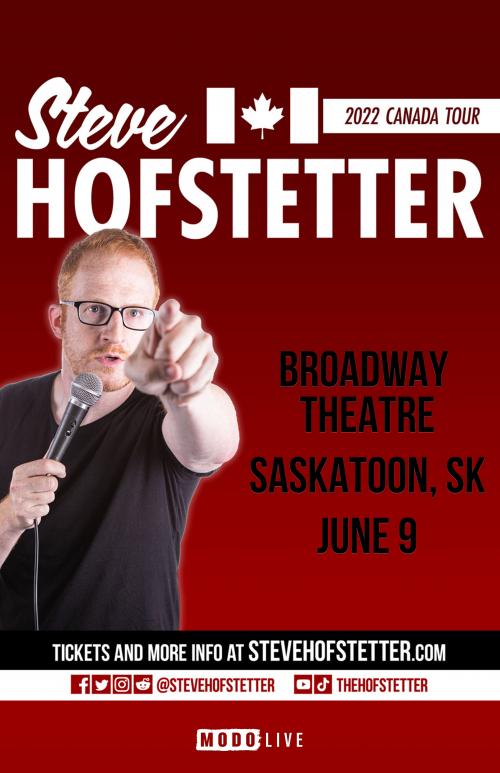 Author, columnist, and comedian Steve Hofstetter is often called the hardest working man in show-business. With all due respect to the late James Brown.
Hofstetter’s national TV debut came on ESPN’s Quite Frankly, where Stephen A. Smith yelled at him for three minutes. Hofstetter has also appeared on CBS’ “Late Late Show With Craig Ferguson”, Showtime’s “White Boyz in the Hood”, VH1’s “Countdown”, Sundance’s “On the Road in America”, and ABC’s “Barbara Walter’s Special”, where he thankfully did not cry. He is the host and executive producer of “Laughs” on Fox networks, where he only cries occasionally.
One of the top booked acts on the college circuit, the original writer for collegehumor.com has also released six albums. Hofstetter has written humor columns for the New York Times, SportsIllustrated.com, and NHL.com, where he publicly admitted to being a Ranger fan.

Seating will be assigned in accordance with the ticket you have purchased, by date and time of purchase, in advance of the show date. Front Row seats will be assigned Row A, Premium seats will be located in rows B, C and D, 3rd Tier will be located in rows E-G, so on and so forth. If you have any questions regarding seating, please direct them to our box office!