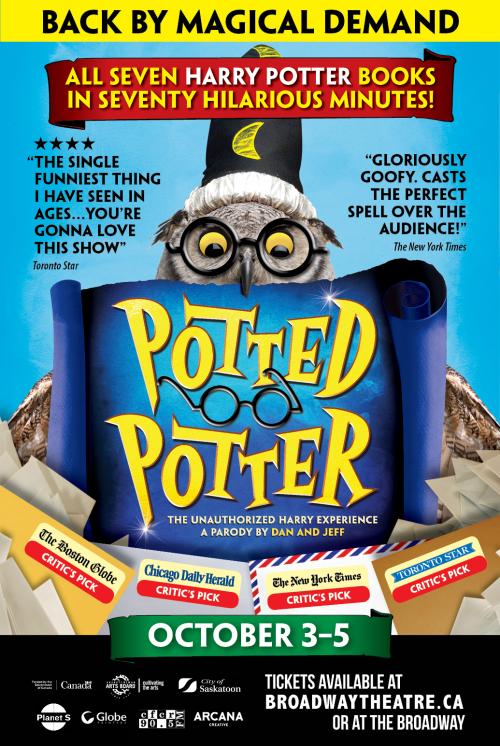 ALL SEVEN HARRY POTTER BOOKS IN SEVENTY HILARIOUS MINUTES!
The Unauthorized Harry Potter Experience
A Parody by Dan and Jeff

Please note: Seats located in rows A-E in the centre bank of seats are VIP, for the Potter-heads who wish to be involved in an actual game of quidditch during the show, and are priced accordingly!

Playing to sold out houses all over the world, Potted Potter takes on the ultimate challenge of condensing all seven Harry Potter books (and a real life game of Quidditch) into seventy hilarious minutes. This fantastically funny show features all your favorite characters, a special appearance from a fire-breathing dragon, endless costumes, brilliant songs, ridiculous props and a generous helping of Hogwarts magic!

Even if you don't know the difference between a Horcrux and a Hufflepuff, Potted Potter will make you roar with laughter. This brilliant family entertainment is perfect for ages six to Dumbledore (who is very old indeed).