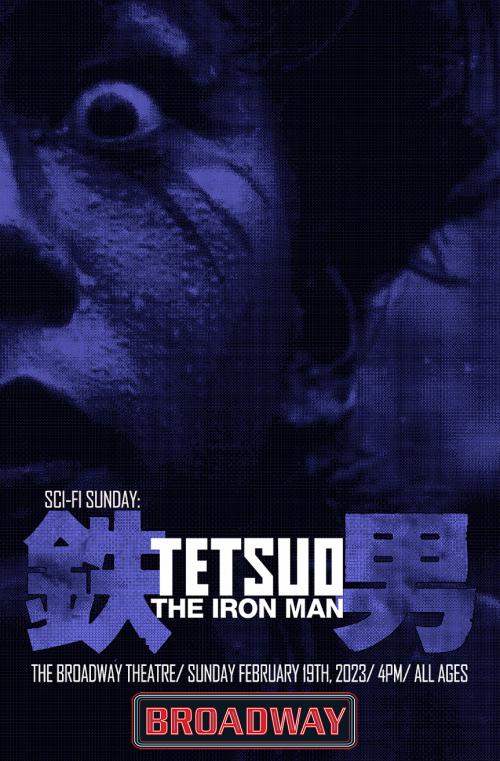 Virtually absent from theater screens since the 1990s, this underground classic from Japan is now available in a brand new restoration! TETSUO: THE IRON MAN is filmmaker Shinya Tsukamoto’s unhinged hot take on humankind’s ongoing battle with technology; literally, as a man mutates into a walking, clanking man-machine that terrorizes himself and everyone around him. Warping elements of early Cronenberg, Lynch, and Raimi into a deliriously-paced cyberpunk cocktail, TETSUO is a body horror manifesto that’s fueled by techno-erotic adrenaline and wrought iron perversion. Unmissable.

"A hysterical, histrionic ode to cyber-punk fetishism, Tetsuo owes as much to William Gibson as it does the body horror cinema of David Cronenberg & the stop-motion theatrics of Jan vankmajer. " - Screen Slate