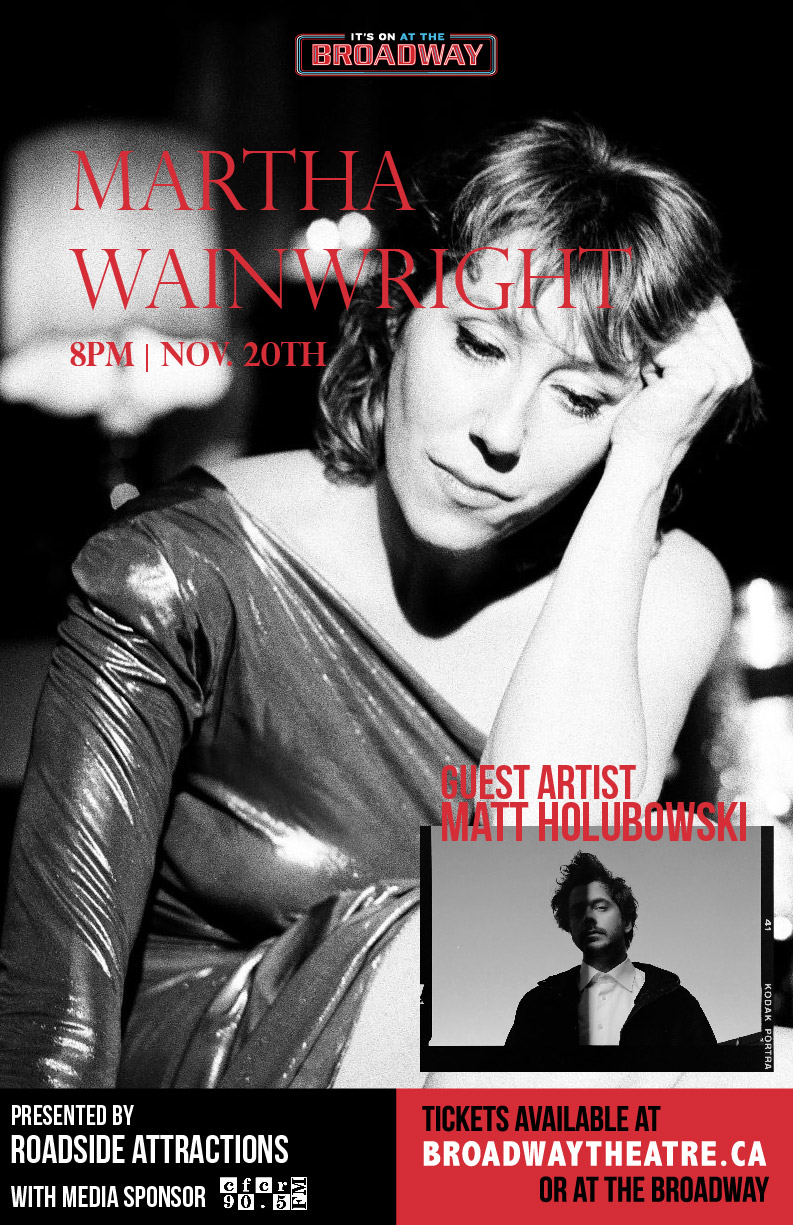 The beguiling performer and songwriter returns with Love Will Be Reborn, out in August. Not since 2012’s Come Home to Mama has a Martha Wainwright record been so full of original written material. Wainwright’s fifth studio album follows recent years of loneliness and clarity in search of optimism and joy. Wainwright enlisted Canadian producer Pierre Marchand for Love Will Be Reborn.

Martha Wainwright's role as an artist has always been to embrace her wildness. Love Will Be Reborn captures Wainwright’s heart in transition. In an effort to rise out of some painful depths, as she says much like a phoenix from the ashes of an existential twilight, Wainwright bore witness to what her heart endured to find a new joy once more.

Guest Artist: Matt Holubowski
Matt Holubowski’s career has really taken off since the 2014 release of Old Man, a collection of folk songs inspired by his many trips and experiences around the world. The watershed moment would be the release of Solitudes, two years later, on the Audiogram label. Produced by Connor Seidel, just as the previous and upcoming ones, the album introduced him to a wide audience who discovered his mercurial voice and captivating songs. Matt earned a Gold record for Solitudes as well as two nominations at the 39th ADISQ Gala, for Album of the Year and Concert of the Year–Anglophone categories. The Solitudes tour that followed the album’s release had him crisscrossing Canada, the United States and Europe, to perform nearly 200 concerts. Click here to learn more about Matt Holubowski.