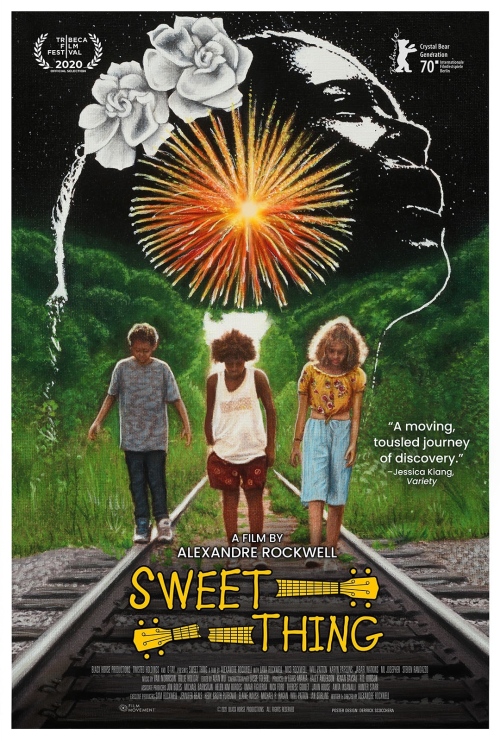 "Alexandre Rockwell’s Sweet Thing is one of the most powerful new films I’ve seen in years. The whole film has soul, but the fact that Rockwell didn’t go the easy way and shoot it on digital, but instead (like a real filmmaker) shot it on black and white 16mm film makes it a divine soul. But it’s the performance of his young leading lady Lana Rockwell that haunts you when the movie is over. Like the way she carries her dignity in her shoulders as she precariously maneuvers herself through the grueling tribulations that is her life, is how she carries both the film and the viewer through Rockwell’s terrain." Quentin Tarantino

SWEET THING centers around the lives of two children in contemporary New Bedford, Massachusetts in particular one eventful summer spent in a beach house with their mother and her boyfriend. The story is an intense but ultimately uplifting, poetic rendering of childhood that captures the essence of that time in life when a day can last forever. The friendships, loyalties, and challenges of adolescent youth propel the story into a triumph of childhood hope and resilience.

The central character, Billie, is a 15-year-old girl who fantasizes Billie Holiday as a sort of fairy godmother. Billie has to navigate the evolving challenges of her life while she plays mother to her 11-year-old brother, Nico. They meet up with another adolescent, run away from home, and together roam the area free from their parents’ watchful eye. They discover freedom and enchantment among New Bedford’s boats and railway tracks. They fantasize about a life of luxury when they break into a posh home, and are able to carry the taste of affluence into their adventures. The film celebrates their ability to make poetry and a joyful life out of hardship. The children come to represent a hope in our own resilience, as the film is an ode to that trying age when young people prepare to take their first step into adulthood.

Thank you for your support, The Broadway Theatre is 100% community owned and operated.