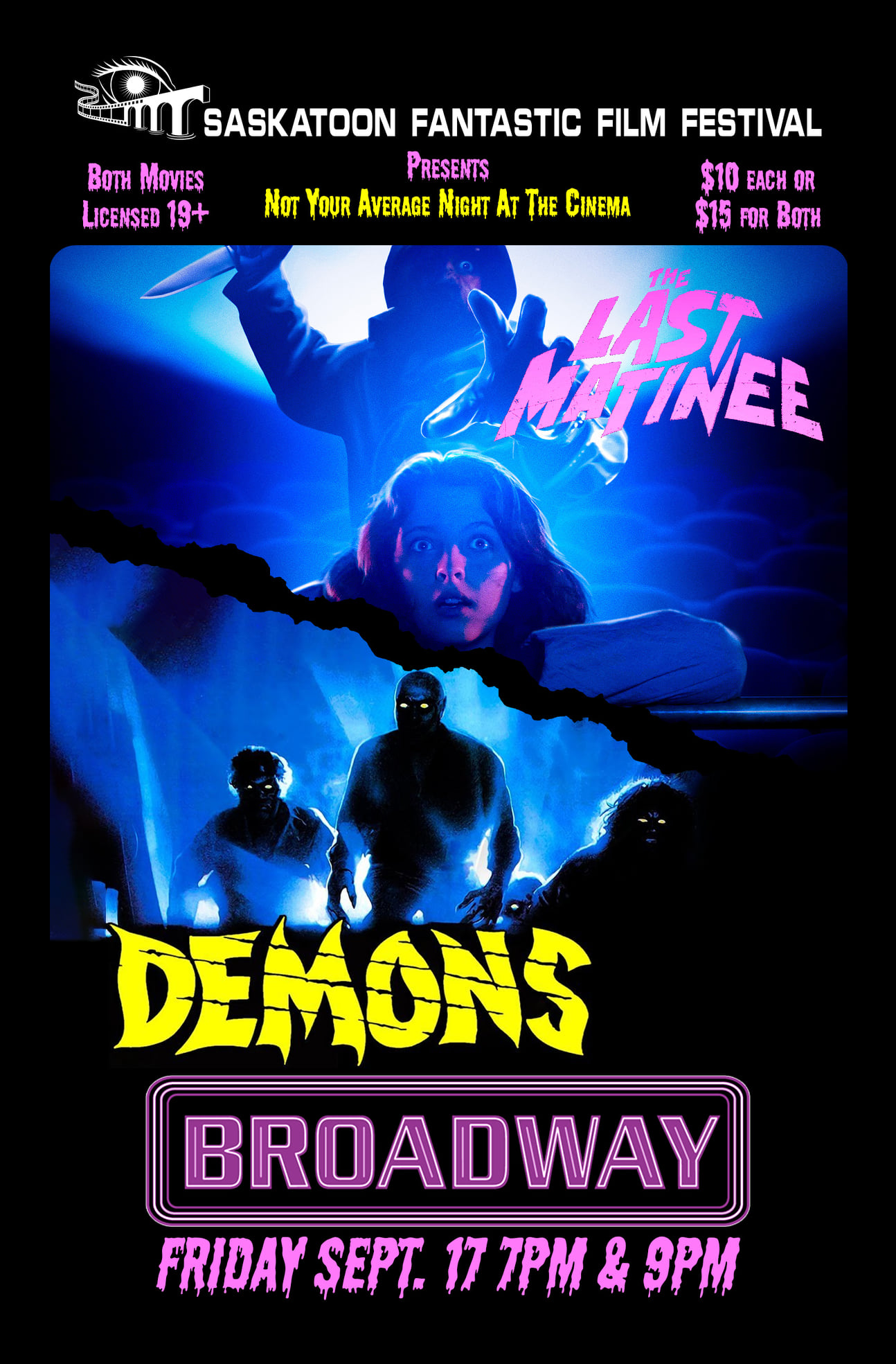 SFFF Presents "Not Your Average Night at the Cinema" Featuring THE LAST MATINEE and DEMONS! 7PM - The Last Matinee 9PM - Demons $15 for the double feature or $10 for a single screening. Tickets to the individual films are available at the Box Office on the night of the show! Both films are licensed/19+ Only.

THE LAST MATINEE (Maximiliano Contenti/ 2020/ 88 Min) A crazed killer begins to pick off audience members attending the last showing of a horror film in a small downtown cinema. Meanwhile, the only person to notice that something strange is going on is the projectionist's daughter. "The Last Matinee is a blood-soaked and nostalgic journey into a bygone era of movie theaters and their unique beauty." - Film Inquiry

DEMONS (Lomberto Bava/ 1985/ 88 Min) A group of random people are invited to a screening of a mysterious movie, only to find themselves trapped in the theater with ravenous demons. "A classic party movie that you have to watch with friends and a load of beer because you will not be bored at all... " - Cinema Crazed