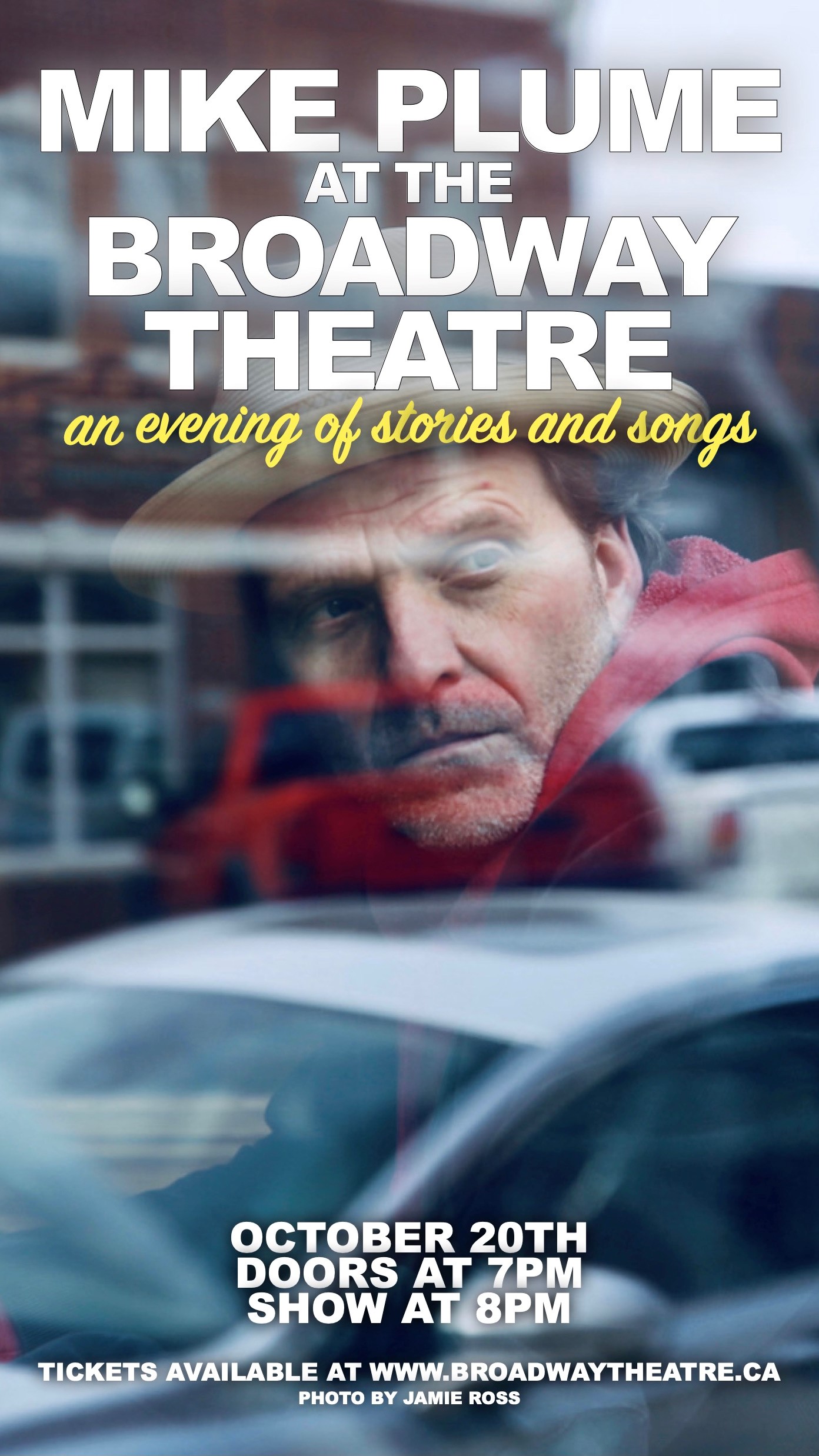 An Evening of Stories and Songs with Mike Plume

Since the initial digital release of Lonesome Stretch Of Highway back in May 2020—when it debuted at #1 on CKUA’s Top 30—Mike Plume’s latest album has received rave reviews at such prestigious outlets as American Songwriter and Americana UK, confirming his status as one of Canada’s most gifted roots rock artists.

Overall, Lonesome Stretch Of Highway finds Plume reborn in many ways. Its nine tracks bear his distinctive stamp, but with an added crackling energy that’s a byproduct of hard-won experience. Recorded in his adopted hometown of Edmonton, Alberta, the album marks Plume’s third collaboration with producer Marek David, and the first time they’ve worked together since 2001’s Fools For The Radio. Lonesome Stretch Of Highway has spawned the singles “Younger Than We Are Today,” “I’m Your Huckleberry,” “In God’s Hands Now” and “Remember To Forget.”

Having first arrived on the scene in the midst of the alt-country insurgency of the early 1990s, Mike Plume and his loyal band have logged countless miles around the globe, touring with the likes of Steve Earle, The Mavericks, John Hiatt and others, while befriending legends such as Levon Helm and Stompin’ Tom Connors. The lessons he’s learned along the way have left an indelible mark on Lonesome Stretch Of Highway, with its songs destined to take a place among his best-loved tunes.

Plume has long been known for his richly detailed storytelling style and unyielding devotion to rock and roll’s original spirit. That’s all present on Lonesome Stretch Of Highway, powered by Plume’s earthy, uncompromising voice. That combination is proof that one of Canada’s most accomplished singer/songwriters remains at the top of his game.