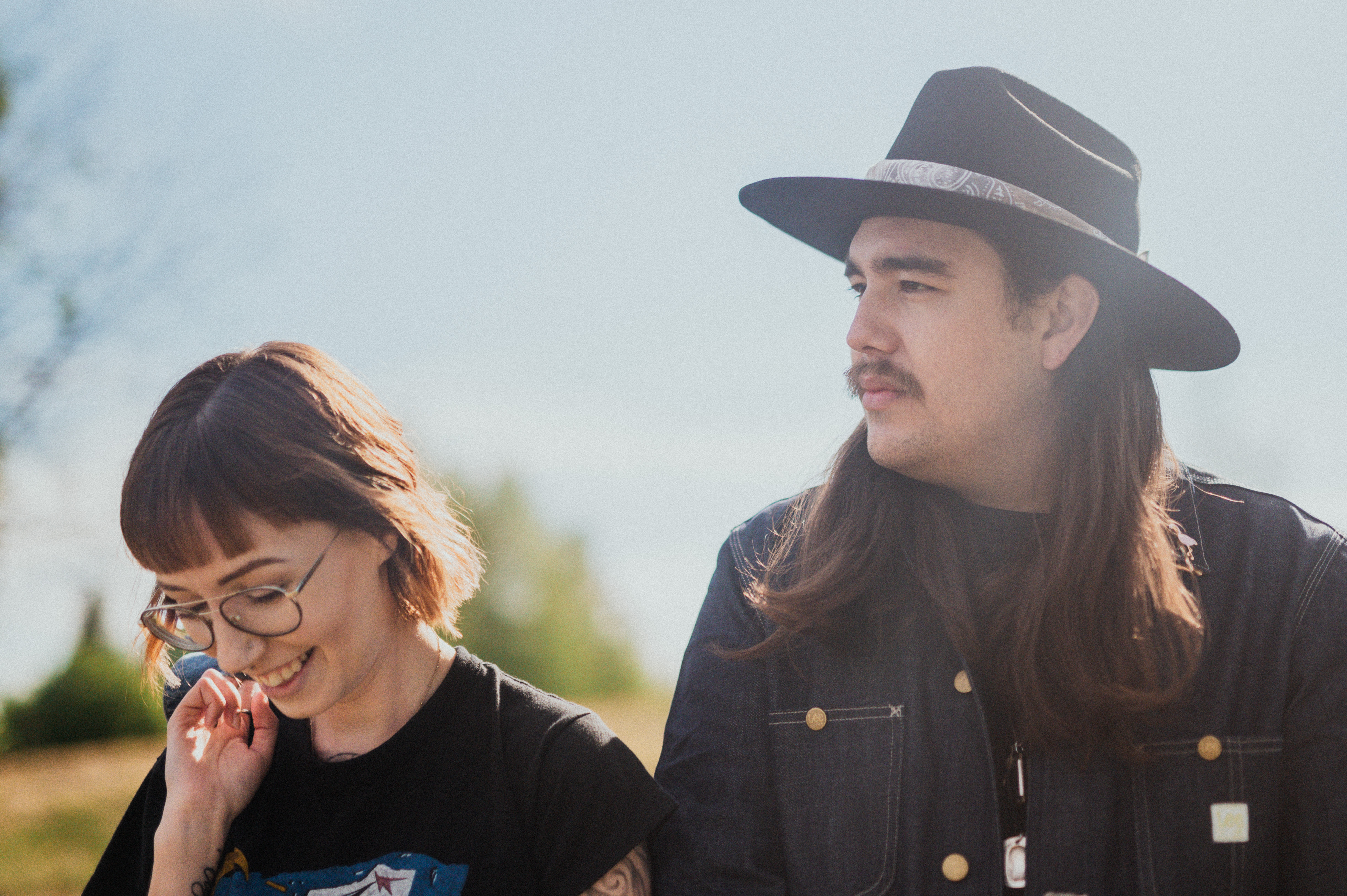 The North Sound: As The Stars Explode w/ Gunner & Smith

Forrest & Nevada, of The North Sound, on playing the stage at The Broadway Theatre: "... this has always been something we have longed to do. This desire has been fueled by attending countless top-notch shows as patrons and creating memories there with family and friends. Much like many of our peers across Saskatchewan's arts & culture community, we have often asked ourselves "How do we get our show there?". We are elated that the time has finally come and that we will be creating a relationship founded on mutual love and support for our communities. May this be the first of many shows, and the beginning of a fruitful partnership!"

The North Sound is ever-changing, with lyrics spanning across haunting metaphors and a sound balanced between today's modern production and the era of Gram Parsons and Emmylou Harris blazing the highways. The group was formed in 2014 by lead singer, songwriter and multi-instrumentalist Forrest Eaglespeaker with his partner Nevada Freistadt supplying harmonies. The North Sound was created to share stories in keeping with Forrest’s Blackfoot identity and traditions from Treaty 7 Territory. They have had four single tracks all reach #1 on the Indigenous Music Countdown, as well as featured on Saskatchewan's MBC Radio. The North Sound won the Saskatchewan Music Award for Indigenous Artist of the Year, as well as a nomination for Roots Album of the Year at the 2021 Summer Solstice Indigenous Music Awards, and have garnered three nominations from the Saskatchewan Country Music Awards. Forrest and Nevada also have a working relationship with JUNO-winner Crystal Shawanda and her partner Dewayne Grobel, owners of independent record label New Sun Music. Having shared the stage with the likes of Blue Rodeo, Kathleen Edwards, Eagle and Hawk, Derek Miller, Susan Aglukark, Celeigh Cardinal, Logan Staats, and many more, The North Sound has performed at multiple venues and festivals across Canada and the United States. Most recently they performed on APTN’s Indigenous Day Live 2021. Scott Roos from Exclaim! says The North Sound’s latest album, As the Stars Explode, “offers a fresh take, both musically and lyrically” and “takes a different route compared to the usual country music norms that at times stifle the genre, and it really works."

Hope and redemption. Philosophy and folklore. The music of Saskatoon's Gunner & Smith has always been a collection of fiery elements, blending searing guitars, brawny rhythms and distinct folk-family vocals to produce tightly-knit rock anthems. On Byzantium, Gunner & Smith's second and most recent full-length album, the songs simmer and seethe with a newfound brooding energy that looks at the darker sides of love, loss and humanity. Featuring an ever-expanding sound that combines indie rock, alt-country and sizzling psych-Americana, Byzantium is born from a deeper, darker place than their previous material.