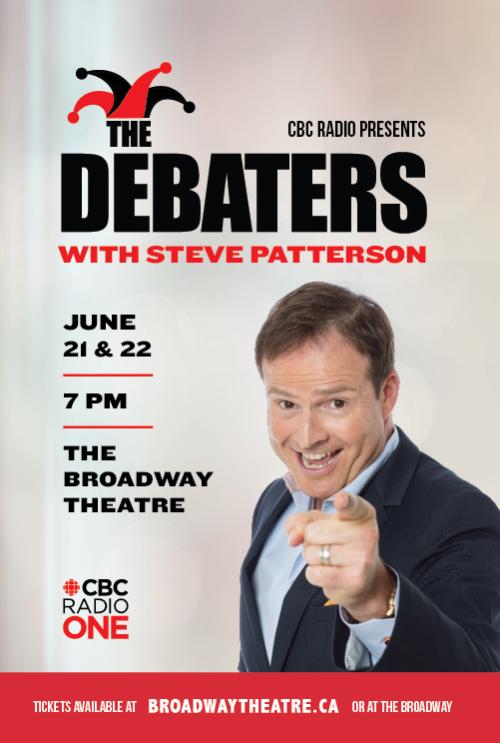 Enjoying its 16th season on CBC Radio One, The Debaters is the hit show where comics go toe-to-toe in a battle of laughs and logic. Hosted by Steve Patterson, international headliner and two-time winner of Canada’s Best Male Stand-Up, The Debaters is a combustible mix of sharply crafted comedic rants and hilarious ad-libs. The engaging format is part stand-up, part quiz show and part comedy competition with the live audience picking the winners. Each show will feature four unique debates.