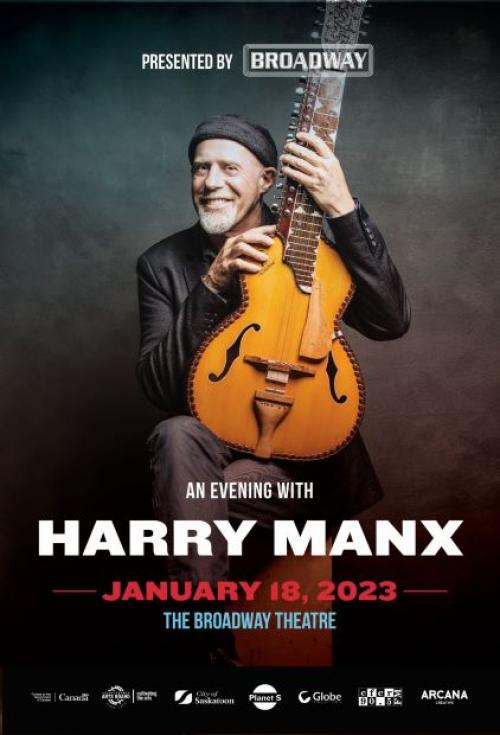 An Evening with Harry Manx

Harry Manx has been dubbed an “essential link” between the music of East and West, creating musical short stories that wed the tradition of the Blues with the depth of classical Indian ragas. His unique sound is bewitching and deliciously addictive to listen to.

A successful touring performer, Manx has brought his “breathtaking” solo shows across Canada and into the USA, Australia, and Europe. He has appeared at many prestigious festivals, world-class theatres, concert halls and infamous Blues clubs around the globe. Playing the Mohan Veena, lap steel, harmonica, stomp box, and banjo, Manx quickly envelops the audience into what has been dubbed “the Harry Zone” with his warm vocals and the hauntingly beautiful melodies of his original songs.

Manx is a prolific artist, releasing nine albums in a eight-year span with no signs of stopping. He has received seven Maple Blues Awards and his mantel shelf also holds honours from the Canadian Folk Music Awards, Vancouver magazine Georgia Straight, and the South Australia Blues Society. He received CBC Radio’s Great Canadian Blues Awards for 2007 and his albums have garnered five Juno nominations.

Blend Indian folk melodies with slide guitar blues, add a sprinkle of gospel and some compelling grooves and you’ll get Manx’s unique “mysticssippi” flavour. It’s hard to resist, easy to digest and keeps audiences coming back for more.