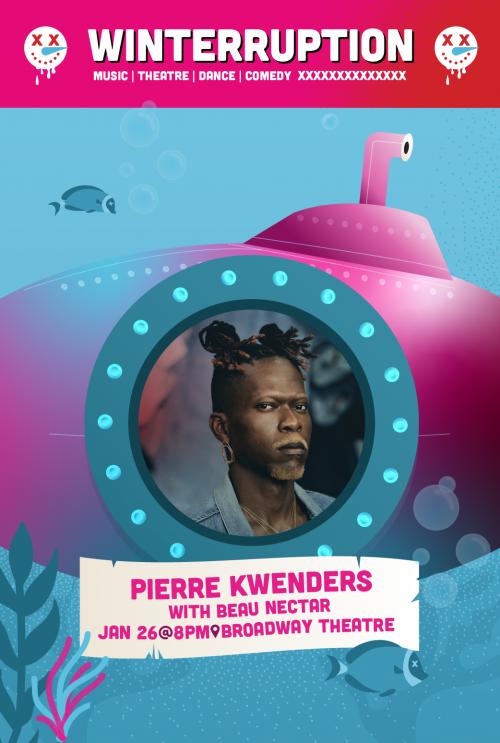 Born in Kinshasa and settled in Montréal since 2001, Pierre Kwenders learned music and found his voice in a catholic choir in the city. With his two EPs and two full-length records, the singer-songwriter has earned multiple awards. Passionate about offering music without borders, he’s also one of the founders of Moonshine, a collective that throws some of the best parties around the world

Beau Nectar is a collaboration between two bilingual singer-songwriters separated by kilometers of forests, rivers, mountains and prairies. Marie-Clo, Franco-Ontarian, and éemi, Fransaskoise deliver intimate, vibrant and surreal synth pop with eco-feminist lyrics that spark their fans' empathy towards nature. They released Two Lips Part I on May 20th 2022 as Marie-Clo x éemi. With the support of MusicAction, CAC, OAC, OMIC and the Conseil culturel fransaskois, Beau Nectar personifies flora and fauna, draws inspiration from modern science, and showcases co-evolution; their friendship.