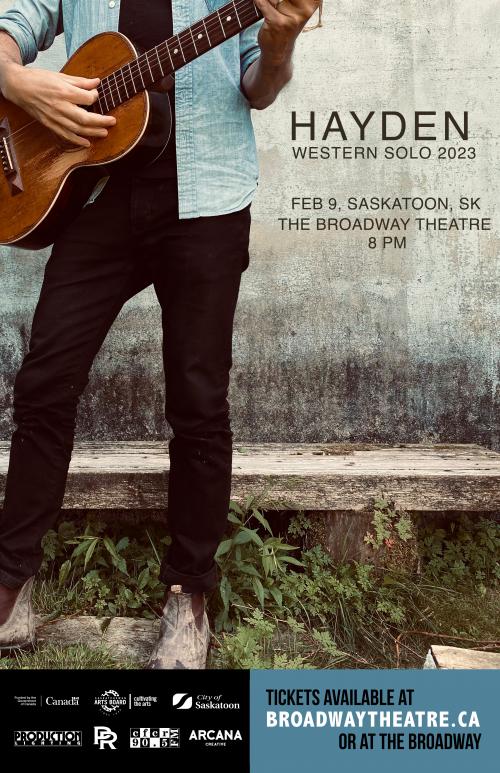 An Evening with Hayden

For over 25 years Hayden has been making music on his own terms and on his own schedule. The Polaris Prize and Juno nominee has produced, engineered, and mixed most of his records at home, creating a world of his own, exploring themes ranging from love lost and found to bear maulings and home invasions. Hayden recently released East Coast, the first song from his long-anticipated 9th full length album expected in early 2023. He is also the co-founder of Dream Serenade, an annual benefit concert at Toronto's Massey Hall for children with developmental and physical disabilities and their families established in 2014.

These upcoming Evening With Hayden shows will take place in intimate venues hand-picked by Hayden, performing catalogue classics and a sneak peek at new songs from his new album to be announced shortly.